In a recent interview with Fortune, PayPal (PYPL) CEO Dan Schulman revealed that Bitcoin is the only cryptocurrency he currently holds. The interviewer asked, “Do you personally own any cryptocurrencies?”, to which Schulman responded, “Yes, Bitcoin… only Bitcoin.”

Daniel Schulman, the president and CEO of Paypal, admitted in an interview with Fortune last week that he personally owns bitcoin. He joined Paypal in 2014 to lead it as an independent company from Ebay Inc.

Schulman was asked numerous questions regarding his crypto investment, Paypal’s crypto projects and the company’s decision to exit the Libra project. As for his own crypto holdings, the publication asked: “Do you personally own any cryptocurrencies?” The CEO promptly replied: Yes

Based on the turnover in Association members, it seems clear that Facebook (FB) does not have everything figured out behind the scenes at Libra, and if Schulman’s comments are any indication, the social networking giant may have jumped into the crypto space without fully knowing what they were getting into. Instead of following Facebook down the rabbit hole, it looks like PayPal may be taking a different approach to the blockchain and crypto space.

In response to a question about PayPal’s blockchain initiatives, Schulman stated, “We think there’s a lot of promise to blockchain technology. It’s intriguing to us, but it really needs to do something that the traditional rails can’t do. Most people think that blockchain is about efficiency, but the system today is pretty efficient. There are middlemen sometimes in between, but the rails of it are pretty efficient. So we think a lot of the neat stuff that can happen on blockchain is around identity, for example.”

Fri Jun 12 , 2020
The Most Effective Ways To Overcome Bitcoin Era’s Problem. When some governments and central banks are heavily criticizing the currency, it is all due to the loss of profit […] 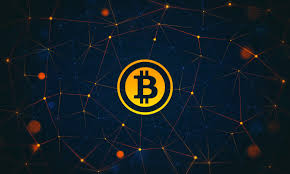