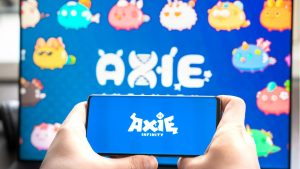 Axie Infinity is a battling/breeding-game in the spirit of Pokemon that is starting to grow in popularity and outperform other financial protocols.

DappRadar reports that Axie Infinity has become the largest NFT marketplace in crypto. It has now surpassed CryptoPunks and OpenSea with 50k traders moving over $80 million in the last week.

Jeffrey Zirlin was co-founder and lead growth at Sky Mavis, which is behind Axie. He also provided numbers on this growth. Zirlin stated via Twitter that Axie had grown faster than other well-known protocols. He said that:

Axie generated more revenue that Metamask and Pancakeswap as well as MakerDAO, Synthetix and Curve COMBINED. Although Axie is still an extremely basic product, there are many improvements planned for the next nine months.

This is because Axie’s economic model has resulted in an economy that can sustain itself for the time.

To be part of this model, newcomers must purchase Axie NFTs in order to gain profit. Incentives are given to players already playing the game to raise new Axies in order to make a profit. This also increases the demand for the game’s native token.

A triple mystic Axie, which was worth approximately $820K, was sold last week for 369 Ethereum. You can also buy double mystic characters, which are less common. These prices are expected to rise in the medium-term, so buyers will be patient.

NFTs could be used to generate revenue or as investments if they have a compelling use.

Axie Infinity could be emulated by other NFT platforms in the future. Axie has had success in emerging markets, where investors go so far as to offer scholarships for novice players.